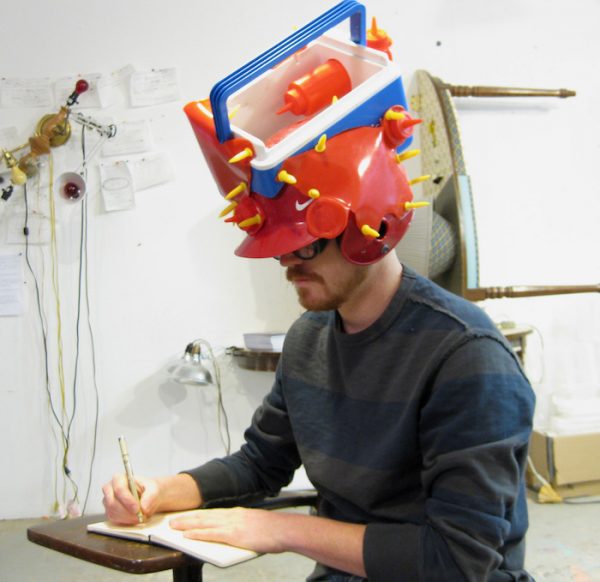 Sometimes a work of art, developed over years, can become premonitory in unexpected and unsettling ways. It was a false alarm, but nuclear annihilation suddenly felt like a very real and imminent threat, yet again.

The film, sourced from the WPA archives, is projected onto a six-foot-tall wooden fence at the back of the gallery, providing a background of unimaginable — yet familiar — violence.

Arnall, was assigned as a telegrapher in the Bikini Atoll, and was witness to the event. He soberly related the abuse his father suffered at the hands of his grandfather, and the lineage of paternal aggression passed down from father to son. Arnall is 34 years old, with russet hair that he often keeps under a cycling cap.

He moved to Lubbock in to take a position teaching sculpture at Texas Tech University. He is originally from Tulsa. He shows me a sculpture in progress in his studio at TTU, where he has been vacuum-forming plastic into an ambiguous cloud form, which will incorporate the collected debris and hold audiovisual elements.

He sifts through a pile of detritus on a table and hands me a bit of mangled metal. 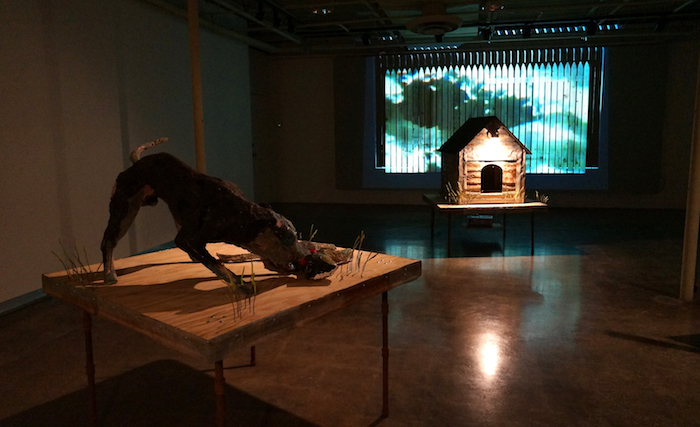 Plastic bits, bright and faded, wires and coathangers, and trimmer line in every color. There are two different kinds of sculptors: Arnall is definitely in the former camp. No one material holds more importance than any other.

His use of zip ties to construct and connect his sculptures became something of a signature over the years. To him the zip tie represents the way he works: The combinations of objects in these early sculptures are striking, strange, and sometimes downright funny.

They are definitely Duchampian — snow shovels make an appearance — while, perched atop an upended filing cabinet, an empty fish tank also hints at Hirst and even Koons.

Of equal, or maybe more, importance, however, are artists closer to home, with whom Arnall has shared a close connection. After a short stint in Houston post-grad school, he was living in Kentucky working as a preparator and technician at Murray State University, while commuting to Nashville to teach at Vanderbilt University.

Moving on from collections of disparate objects that revel in randomness, in this recent work the objects are imbued with more personal significance.Graduate students typically have their MFA Thesis exhibitions at Terminal , and twice a year we put out a call to invite students, local artists, as well as nationally recognized artists to submit exhibition proposals.

Lindsey Maestri and Cody Arnall, Are You Listening to Me? July Lisa Choinacky and Thomas Choinacky, Equilibria. Terminal is the new off-campus gallery of the Department of Art and Art History of the University of Texas at San Antonio. Since the Satellite Space (our previous gallery)'s first exhibition in , UTSA's downtown presence has become one of San Antonio’s most respected venues for challenging contemporary art.

The two person exhibition, Are You Listening to Me?, examines the unspoken influences sharing a life together can have on creating art. The way these behaviors manifest during times of conflict is the key to his thesis, but the kind of conflict internally gripping the population of the US is, I think, no less problematic to him that any other war.

"This doorknob is on the ceiling" by Cody Tyler Arnall